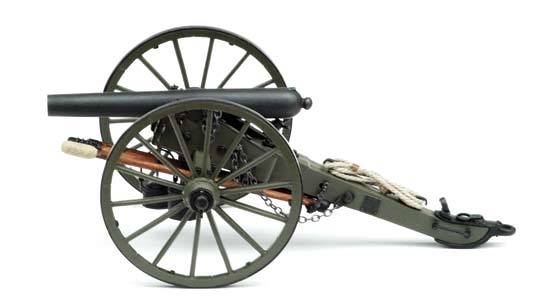 The wrought iron 3" Ordnance Rifle was invented by John Griffen in 1854 as an answer to the danger of cast iron gun tubes exploding when fired. Griffen modified a procedure used in the production of wrought iron for lighthouse construction. Griffen’s method wrapped 3/4" thick strips of wrought iron around an iron core. The tube was heated to welding temperature and rolled out to about seven feet long. Then, the trunions were welded on and the bore reamed and rifled.

The result was the lightest and most durable gun to see field artillery service during the Civil War. Its marked accuracy and easy maneuverability made it the preferred weapon of the Horse Artillery, and a prize to be captured by the Confederates. The Ordnance Rifle, or Griffen Gun, remained the primary field gun of the U.S. well into the 1880s, when it gave way to steel breechloaders. About 1,000 of these remarkable guns were produced for the Union Army. Lacking the technology, the Confederacy did not produce them.

Based on a Marine Model kit, revised and improved by Ken Goldman & Model Shipways, Inc. 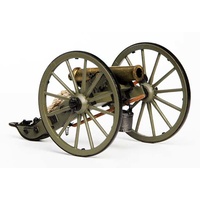 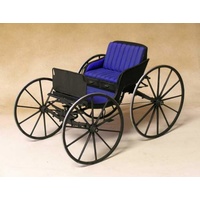