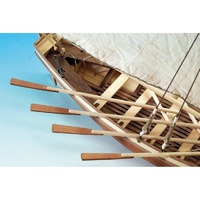 Discover the captain boat of the San Juan Nepomuceno, wooden model of the main boat of this ship of line with 74 cannons of the Spanish Armada from XVIIIth Century.

Constructed in the shipyards of Guarnizo (Cantabria) in 1765, the San Juan Nepomuceno fulfilled different performances until in 1803 was the control of Cosme Damián Churruca. Two years later, taking part in the Battle of Trafalgar for his legend: severely wounded and surrounded by up to six English ships, Churruca banned his officers from doing and continuing to read.

After the death of Churruca and his second commander the commanding officer ordered to surrender when adding by hundreds of the wounded and deceased on board. Captured by the Royal Navy, the San Juan Nepomuceno would be towed to Gibraltar and exposed to visitors, who were to be discovered in respect to enter the captain's chamber.

Build your wooden model 1/25 scale of captain’s boat of the San Juan Nepomuceno Spanish line ship, famous ship of line of the Spanish Armada. Its design by means of false keel and frames about its assembly to the one of the real ship. 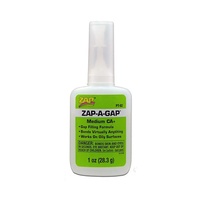 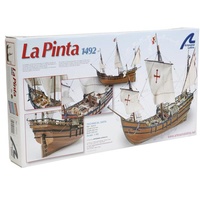