The San Juan Neomuceno weighed 2700 tons, was constructed in the Royal Shipyard at Guarnizo and launched in 1765.  It was a solidly built ship of proven seaworthiness. Outfitted with 74 cannons, the Neomuceno was manned by a crew of over 500 and had a supply capacity of 60 days of food and 80 days of water. Despite being unmasted by Admiral Nelson's artillery on October 21, 1805, the ship achieved glory in the Battle of Trafalgar. Even after the commander, Don Cosme Churruca, had died from his wounds, the second-in-command refused to surrender. Ultimately, with only 1 officer left alive, the ship yielded with over 400 dead or injured on board. Kit includes high-precision laser-cut boards, fine woods, brass and die-cast parts. Also included are cotton sails, which were cut and hand-sewn.  Step-by-step instructions, photos, and a full set of plans make San Juan Nepomuceno a great kit to build. Recommended for advanced level modelers. Plank-on-frame construction. 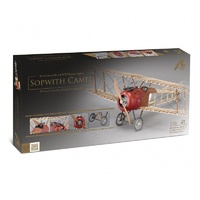 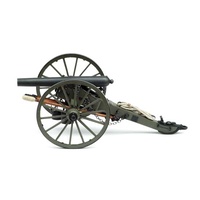