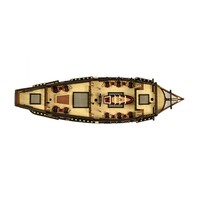 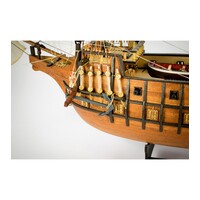 Enjoy building the San Francisco II, a wooden model kit of this stunning Spanish galleon. The galleons were the most powerful ships of their time and backbone of Spanish sea power during the XVI and XVII centuries.

You can find in this kit more than 1.400 pieces for its construction: laser-cut wood structure, birch and sapelly pine veneers, cotton yarns, cotton sails and banners ready to be placed, brass gravure decoration to increase realism... And a spectacular free accesory bonus! It includes a stand base of exhibition with a metal plate for the galleon, and five worderful and metal figures to be painted.

The galleons appeared halfway through the XVI century, forming the core of the Spanish 'Invincible Armada'. For nearly 150 years they were the ships par excellence for its combination of high-capacity firepower transport, which made them ideal for long ocean voyages between Spain and the New World. Now you can build it at home with our fantastic model, don't hesitate to buy it.

BUILD YOUR OWN SCALE MODEL

Build your 1/90 scale model of San Francisco II, a XVI century Spanish galleon, and complete your battleships models collection with this beautiful jewel. Its construction system using false keel and frames brings the assembly of your model closer to the construction of the actual ship. 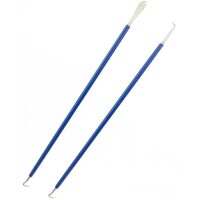 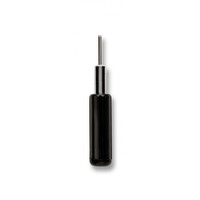 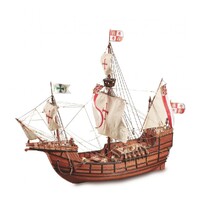 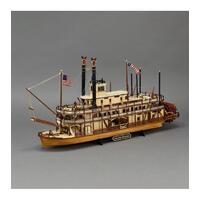 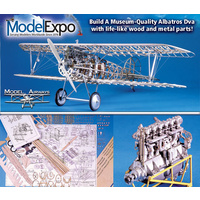